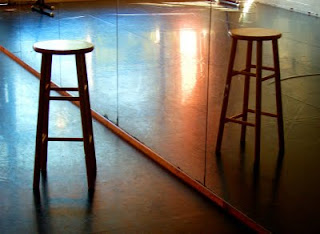 “When you make the person of God your significant other, every other person you meet becomes…… significant.” ES

I live in Buddhist Country…there are a lot of Buddhists around here in West Marin, S.F. Bay area. I’m not sure whether Buddhists believe in a personal God…a God that can be known as “Other”. I don’t think so. After all, how can there actually be an “other” in a non-dualistic universe…and yet…there is obviously personality distinction. I deal with others all the time…and if I forget or deny them their “other-ness,” they are quick to remind me just how not them I am.

Is God “Other? Is there just Being (and non-being)? How important is it to even make a distinction? And more importantly, how does one concept or the other affect our lives? (“Who’s on first?”)

I’m kind of a both/and kind of guy. I like it that at the sub-atomic level…sometimes energy appears as particle and in other circumstances, as a wave (and even more recently as string. What’s next? A chord?) I guess it depends on the problem we’re trying to solve. (see Heisenberg Uncertainty Principle)

I went to a conference in Boulder on science and spirituality a couple of years ago and heard one speaker say that recognizing each of us as “the sacred other stimulated compassion in him, while a Buddhist scientist found that believing we are all one evoked compassion in him. What I find helpful is to know that the universe is imminently personal…self-aware and volitional. To know that I am both housed and permeated by a Self-aware presence of living love is very comforting. And I need to be comforted…there’s a lot of being jostled and irritated by “the others” going on.

Yes , a comforting face is welcome.

Indeed, Jesus referred to the Spirit of Truth (evidently a new and improved spiritual energy that he was able to liberate into the stream of human consciousness by virtue of his life, death and resurrection)…as “The Comforter.”

Jesus in fact said, “You have seen me, you have seen the Father.” Now, while I can accept the notion that God is much much more than a personality, personality is still one of the faces that God presents to us…along with Infinity of Being, evolution, and even ‘non-being…oh… and the face on the cover of “Mad”.

And in the faces of people, if you look closely enough, you’ll see that while each face is decidedly different…there is another face in there that you recognize as…

I think I would not appreciate existence quite as much if there weren’t such diversity…so many faces on the countenance of the Infinite. You might even stumble into the paradox that, somehow the infinite gets bigger because of all the distinctive faces it makes. (You could even criticize the Infinite for mugging…it makes so many silly faces.)

When these “separate” faces behold each other, something in the unique-ness of each cross- fertilizes with that which is unique to the other and both experience “putting a new face on it.”

Each is suddenly expanded by the other and that is how the Infinite (already a face full) gets…bigger. Some (facial) “expression” passes from one to another that neither had in the first “face.”

And those moments give birth to “smiling faces.”

Looking at the faces of Jesus and the Buddha in your mirror.

You may have missed

Bliss–Swimming Naked in a Body of Water