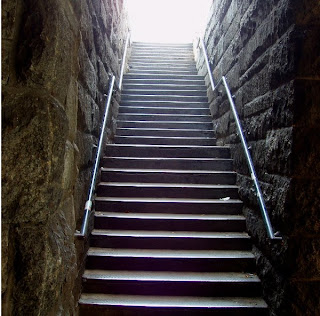 How The Laughing Heart Provides the Tools, Methods and Context for Advancing the Six Memes in the First Tier toward the Second Integral Tier.

It seems that to consciously and actively participate in the evolutionary spiral, we’d want to advance each meme to its highest development and to assist it in transitioning to the next meme. (Meme = cultural matrix that has distinctive values, belief systems, ways of behaving that have evolved out of each other in an attempt to solve evolutionary problems. Each meme partially solves problems from the previous meme while generating new and different problems that in turn give birth to the next cultural matrix–meme).

The Laughing Heart provides a system for aiding each meme to access that still point, while simultaneously offering a communication technology to support each meme in solving the challenges each faces and that all memes face collectively (war, disease, environmental degradation, injustice, etc). By participating in this process, each meme can evolve to its zenith and then on to the next meme and eventually to the next tier.

A big part of that process is to mitigate the toxic side/effects of the red meme to the degree it asserts itself harmfully in each of the other memes thus reducing unnecessary wear and tear on our culture, and to empower all memes to address and transition through the inevitable breakdown of the last evolutionary stage which has been dominated by and characterized by a commitment to duality and to evolve the system to higher degrees of fulfilling the evolutionary imperative…liberating more and more creativity in dynamic balance with ever greater harmony and coherence. Compassion, which should be stoked in every meme (and which comes from that still point) demands it, justice demands it, health and well being demand it, our freedom and our unity demand it.

That being said, the Laughing Heart system provides a blueprint for building the infrastructure of the emerging stage of evolution which, by its very nature and principles resonates with both the fundamental patterns of reality and the urge to ‘progress’. It is a model for Integral Education.

If you’re reading this and can relate to it you are clearly one of those choosing ones who have heard the call to the Second Tier and are eager to make your (not insignificant) contribution.

The Laughing Heart provides the context for the meeting of the memes in ways that dissipate the tensions within them, between them and that can support individuals of all ages to relax their resistance to the evolutionary pull…whatever is the next inevitable condition that evolution is inviting them to engage with, transform and grow from. As these resistances are diminished, it is then possible to “install” a more progressive orientation that can help each meme evolve from where it is.

At The Laughing Heart we determine what helpful influences, knowledge, activities and practices will all the memes respond to while diffusing the natural resistance of the “dualistic mind” to perpetuate separation as a replacement for the unifying ground of being.

The Laughing Heart, through the use of theater, art, comedy and interactive processes, holds up a mirror to personal and collective awareness, so that toxic attitudes and behaviors, otherwise leaching into the whole system, can be recognized. Once recognized, it becomes possible to reveal creative choices and possibilities that are far more life enhancing.

In other words, “In order to get to where we’re going we have to start from where we are.” But if we don’t actually know where we are, and even more importantly, are out of touch with where we are…and where others are… no matter what meme we’re operating out of, or what combination of memes—which is more often the case—then it is almost impossible to recognize the creative alternative that can advance our status (move individuals and institutions to become more aligned with the positive directionality of evolution.) The use of art, laughter and interactive processes that involves families enables us to accomplish this with the least amount of defensiveness and damage and the greatest amount of joy, intelligence and playfulness.

Tool one: Artful humor. All memes have the capacity for laughter…admittedly some more than others. Since the ego needs to defend and perpetuate its existence, it can take itself (and its position) very seriously (false pride). This, as is so obvious, is the stimulus for so much interpersonal and inter-group conflict that leads to wars obsessive focus on competition and just generally not getting along. In turn, many of our dreams and efforts to make life more livable and meaningful are sabotaged.

Our ability to laugh at ourselves and our perspective, is inversely proportional to the ego investment we have in our ego’ orientation and the degree to which our identity is tied up with our need to be separate and right.

This is why the use of laughter, especially, helping people to release the attachment they may have to recalcitrant perspectives, is so important to the process and why “The Laughing Heart” is about getting the heart laughing. A laughing heart is an open, flexible and vital heart, as opposed to a hardened heart where the doors of compassion are closed and the capacity to hold someone else’s interests as our own is abrogated [Love your neighbor as yourself].

At “The Laughing Heart” and through LH activities, by helping different generations interact successfully with each other through play, art, humor and problem solving, we are setting the stage (establishing the foundational grid) for the unitive experience…the Integral Tier to emerge. (Kind of like those thin strips of metal webbing used in building highways that the concrete can adhere to.)

The activities, processes and environments of “The Laughing Heart” also build understanding, respect, tolerance, and forgiveness (adaptability) which, because they are transcendent values, need to come into being at every meme level. In addition problem solving skills developed within the family through LH activities can be used to address the very real problems that exist in our world.

“God is All Love rolled up into One. We are all love unfolding as the Many.”

Next blogs…continuing how “The Laughing Heart” and its principles and practices and how they can facilitate individual and collective healing and growth.