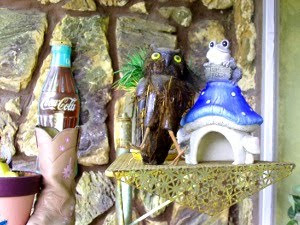 THE ANTIDOTE TO GREED AND GLUTTONY

The never ending impulse to “More”…Getting…drives us and is driving us bloated and insane.

General belief: “If this (whatever it is…food, money, sex, drugs, being right, rock and roll…) is good, then more of it must be better.”

That’s pretty much controlling belief that dominates most people’s perception of life …based on the following premises:

What I want/need is out/over there.

I have to do something to “get” it from over there to over here.
In order to “do” the right something I have to “have” the right resource (skills, money, connections, knowledge, a plan, clout, etc.)

Therefore I need to do something in order to “have” the right combination of those “somethings”…
This leads to a viscous circle…that goes from not having, to doing, to not having, to frustration…to death.

Can we think of a better approach?

Let’s start with… The impulse to more is good and natural.

Here is mistake and the twist…

It’s not about getting more (can’t be done…which is why it leads to greed, addiction, narcissism gluttony, etc.) it’s about BECOMING MORE.

We BECOME “MORE” simply by sharing life…allowing people/things/impressions into our consciousness with a welcoming and curious embrace…no matter what “it/they” look or feel like.

Then share what is most fundamental and true for each of us…mo matter how scary that is… as artfully as we can. Indeed…transmute that practice into a work of art.
Questions?
Comments?
Let’s go…let’s commit to the transition from the last stage of evolution to the emerging one…the former based on duality, the latter one based on the notion of a “Seamless existence.”

Next topic…how we do it…

Text message from God… “Though separated at birth, forgiveness and adaptation are identical twins.