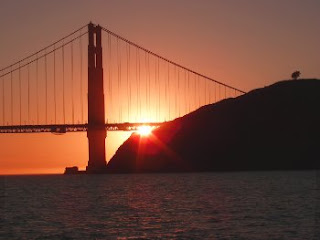 MAKING A CASE FOR LIVING LIFE IN A BUBBLE.

2. a small globule of gas in a thin liquid envelope.

4. anything that lacks firmness, substance, or permanence; an illusion or delusion.

11. a sudden, small, temporary change or divergence from a trend: In May there was a bubble in car sales, with three percent more being sold than last year.

16. to seethe or stir, as with excitement:

For my purposes, definitions 11 (a sudden, small, temporary change or divergence from a trend ) and 16 (to seethe or stir, as with excitement) are most accurate, although seen from the point of view of the disparaging “realist”, they would probably define my bubble according to definition 4 (anything that lacks firmness, substance, or permanence; an illusion or delusion).

But what I am going to suggest is that life from within the bubble is far more real than it appears looking from the outside the bubble and, in fact, offers opportunities for human advancement barely recognized from outside the bubble. So this is an invitation to come on in.

Clearly life, as it is seen from inside the bubble is distorted…and, quite frankly, it needs to be distorted. In its current “torted”* state, life outside the bubble is a bitch…as many realists would describe it…a bunch of problems and then you die. But from within the bubble, life is filled with eternal possibilities for a pleasant surprise.

*tort tôrt), n. Law. a wrongful act, not including a breach of contract or trust, that results in injury to another’s person, property, reputation, or the like, and for which the injured party is entitled to compensation

I think even a confirmed realist living outside the bubble would agree that life out there is very “torted’, “full of wrongful acts that result in injury to other persons and their property, reputation and ‘the like” for which they are entitled to compensation,” but, often as not, people don’t get any compensation, and as a result many feel betrayed…Hence…the cynical point of view of the realist and why it is so helpful to come into the bubble where life is dis-tort-ed, and where in fact there is compensation. And that compensation comes in the form (actually formless) of Grace…

Grace makes it possible for the bubble to exist and for you to live inside the bubble. Grace is the very substance of the bubble, it is what makes up my bubble and “You can never do enough to deserve grace, all you can do is accept it.” (text message from God)

You see, life outside the Bubble which we will call LOB as contrasted with life inside the Bubble which we will call LIB. (implying liberty) there is an almost universally agreed upon assumption that it is by doing that things get done. So the concept of accepting or receiving, especially that which cannot be understood and especially controlled like Grace, is foreign to the LOByists. In fact, it is the capacity to receive that allows one to absorb the grace that makes living in the Bubble possible in the first place, that enables one to be a LIBer.

Controlling, (the default reaction of the “LOByist) in many ways, is the opposite of receiving. And if one is driven by the ever-separating-aspect of self, the ego…constant control must be maintained otherwise separation will collapse and the ego will self destruct. So the ego is afraid of allowing anything uncontrollable in, especially anything as uncontrollable Grace…unearned assurance provided by a benevolent though often misunderstood Universe.

The Grace of God, the trajectory of evolution sweeps through the universe gobbling up anything that isn’t committed to love and life, and since all fear-based reactions to life, especially chronic fears, don’t exist in the primordial and evolving state of love, any thought, activity, or feeling that is fear-based evaporates, just as a shadow disappears when the light is cast upon it.

Now, living inside the bubble does not in any way mean that you have no contact with the cruel and injurious life outside the bubble…it just places a semi-permeable membrane between you and life (like a cell) on the outside per definition #2…a small globule of gas contained in a thin clear liquid.

You see, what you breath inside the bubble is unpolluted grace…while the thin liquid film between you and the harsh “real” world is actually composed of a combination of tears of grief and joy as they are expelled from any humble being who is willing to mourn…which is why Jesus said, blessed are those who mourn…for they shall be free to live life inside a bubble.

Next lesson: How to get inside the bubble…a vacation plan for disillusioned “objectifiles.” (and where are the best places to eat). More later…