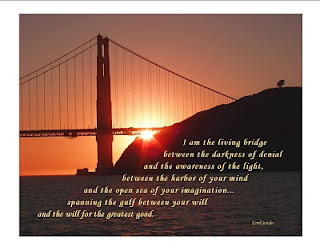 Who is known for the cross that he bore?

But who laughed in the market

And slept on the floor

Who designed riverboats in Capernaum,

Studied the ways of all men

In order to rule in perfection

With its trials, upsets, and demands

A universe of 10 million planets

Which the man, who upholds it

Who embraced the mortal dilemma

With a boundless trust

Who was immersed in a River Jordan

Allowing himself to give in

To life as we know it in fullness

With its sores, its aches and injustice

But which serves a great hidden purpose

Which the man, who entered its bowels

Could foresee what to us is so dim.

Who transcended all tradition and dogma

Who forgave the sin

And loved the sinner

Who feared not one who attacked him

But attempted to show them the truth.

By example, he set in their presence,

With his words, his acts, and entreaties

He sought to convince those around him

That all men could live as he

A man who broke from his elders

Made friends with the poor

Played with the kids

To use power for good or for evil

To be simple or prideful and vain

But still to remain steadfast to the God,

Who this man knew always as Father and friend.

Who did not what others expected

Rejecting requests of the masses

When they wanted to make him king

Yet allowed them to place down the palms

As he rode on an ass to the city

Where they rejected once and for all

This true man, who understood them

And forgave their blindness and gall.

A man whom we all misinterpret

Who knows all as his brother

To the exclusion of none

Who did not really die on the cross

To wash away our sins

But to reveal a God of mercy

Who forgives, only loves, has compassion

On his ignorant children who err

So this man died only to show them

How far love would go for them.

Whose life on this beleaguered planet

Was a model for all to behold.

Who revealed our humanity to us

What each person can actually become

When we join with this man in knowing

The Spirit that indwells our hearts.

And as he rose from the darkness of death

And appeared to those who knew him

He showed us the path to aliveness…

Of the timeless journey of love.