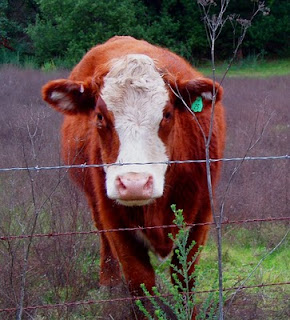 HOW TO GET THE ANSWER TO YOUR BURNING QUESTION?

Too often we don’t ask the right question and as a result become frustrated because the answer we’re seeking isn’t forthcoming.

But, according to the most reliable universe sources, the answer you want will appear when you ask the right question. The most effective question you will ever ask, according to A Course in Miracles is, “What’s the question?”

Now the question you’re probably asking at this point is “Why is that the question?” That’s close enough. Let’s start with that.

Simply stated, from ACIM point of view…the answer that you seek already IS, because you are not separate from it, or anything else, for that matter. The answer is just waiting for you to ask the “right” question…the question that will release the best answer to your current level of awareness and for your best use.

The universe is very obliging with its answers. Like the answer to the question, “How do you stay together as a unity and not just fly off into the universal smithereens…answer: Gravity & Suns (as in Smith & Sons)

EXAMPLES OF RIGHT AND WRONG QUESTIONS TO ASK:

I took a series of science courses at San Francisco City College “for the fun of it’,just to learn the subjects…Physics, Genetics, Geology, Physiology, etc. and I was planning on taking a course in what most likely would be way over my head, Organic Chemistry.

So I decided to bone up on some algebra…I got an algebra book and started working problems. After I finished one problem, I went to the back of the book to find the answer and compare it with the answer I came up with. The book’s answer was different than mine. My gut reaction question, “What did I do wrong?” As it turns out…that was the wrong question. When I compared my answer with the “correct” answer, I realized I hadn’t done anything wrong. I simply had not taken the answer the next couple steps needed to be the definitive and irreducible answer. All my steps were correct. I just hadn’t taken the problem far enough.

Could it be that some of our answers may not be wrong, just incomplete? We just don’t take them far enough…all the way out, or in, as the case may be, to the ultimate answer. For ultimately, the answer to life exists in…the Ultimate.

When confronted by some of life’s more resistant

conundrums…we might start asking our conditioned default questions like: “What should I do?” “How long will this take?” “Will it hurt?” “When will it stop hurting? “What will this cost?” “Can we afford this?” “Will we be late?” or one of our most popular questions, “What’s the matter with me/him/her or it?”

Or the unspoken questions…next layer down:

“Will he like me?” “Am I doing this right?” “Will they see how embarrassed I am?” “Will this lie I’m telling keep the pain away?” “Why can’t they see the rightness of my point of view?” “When will he/she stop talking?” “Will I hurt their feelings?” “What if they say no…will I be crushed…like I was all those other times?” etc. etc…all the many expressed and un-expressed questions that surge to the forefront of our minds when confronted by dilemma, contradiction or puzzlement.

My spouse, Rochelle, was trying to watch a video on my computer. She was having trouble seeing the picture on the screen because it appeared too dark. The question she asked was, “Why is the picture so dark?” Wrong question. As it turns out the screen appeared dark because she was sitting at an angle below the screen which made it look dark. All she had to do was either tilt the screen or sit higher. Which is why “Why is the screen so dark?” not the right question. It wasn’t dark. Right question… “What position do I need assume to be in relationship with the screen so that I can see it correctly?”

What’s a questioner to do?

How do we get from wrong question to right question? Again, don’t assume you know the right question. Instead, take a minute to notice the series of assumptions that have led you to what is, if not the “wrong” question, then the question that won’t actually give you the answer you requested.

See if you can apply this example to areas of your life that may look like a dark screen and lead you to assume that they are dark, when in fact, it may be a matter of changing your relationship to the screen through which you see life—changing your perspective.
Another example. It was 1973, I was performing my first one-man theatrical show and I was presenting it at a church in Burlingame, CA. just south of San Francisco where I was living at the time. The directions I was given were to take Hwy. 101 to Broadway, take a right, go over to Camino Real, and go South to the church in Burlingame.
After the performance I was on my way back going North on Camino Real looking for Broadway to get me to 101 and then up to the city. I went up and down Camino Real but could not find Broadway. Finally, after enough frustration, I pulled into a gas station to ask the attendant, “Where is Broadway?” He didn’t know. Hmm…wrong question. So then I asked, “How do I get back to San Fransicso?” at which point he said, “Oh, just take a right at the corner. That street will take you to the highway. You’ll see the on ramp North 101, just take it.”

In this case I was looking for the “means” to the end, rather than focusing on what I truly wanted and asking, if not the “right” question, then perhaps the “best” question. “How do I get to San Francisco?” That lesson has served me well.

So what becomes apparent is that our knee-jerk-reaction questions are conditioned by our perspectives and assumptions. In order to change your perspective so that you can tee up the best possible question, it’s helpful to realize that the perspective that launched the question in the first place thought seemingly correct, is, in fact, only a perspective, and will eventually give way to, what is hopefuyly, a broader and deeper point of view..

Well, you may justifiably ask, “In order to function, don’t we need to operate from certain assumptions?” Of course, as long as we continue to challenge and refine those assumptions…just as I needed to refine my “answer’ in the algebra problem, my question to the gas station attendant, and Rochelle’s question to the computer.

So operating on assumptions and habitual perspectives to guide us in our choices are certainly, though relatively, useful…Newtonian Mechanics helps us solve certain problem, but we kind of have to leave those principles behind as we get closer to the speed of light, and even more so, to the speed of LOVE, which probably transcends the concept of speed and any and all time space questions…and just IS… but that’s another essay.
So from a Benevolent Universe perspective, are we not already plugged into the answer?…which is why the it is always available to us and why we need to pose the “correct” question in order to gain access to that timid answer.
Then again, maybe the right question was articulated by my mother-in-law, Esther, several years ago when my spouse and I were visiting her in Brooklyn and we went for a ride with her in her car. At one point she pulled into a service station and asked the guy (yeah, this is when they still had ‘the guy” who came over to your car) “Would you look under the hood…and see what’s doing?”

What if we looked under the “hood” of human perceptions and asked, “What’s doing?” We might be surprised to discover deep in the entrails of all those assumptioins, the right question, and even more astonished to discover just underneath that…the best answer.

“It’s your carburetor, lady. And no, I don’t know how to get that damn blue thing off the cow’s ear?”

You may have missed

Bliss–Swimming Naked in a Body of Water