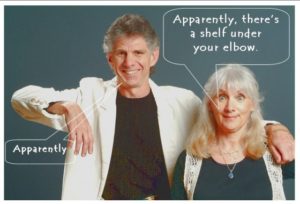 As of yesterday, Hillary Clinton is the Democratic nominee for president and, apparently, Donald Trump will be what the Republicans are serving up to be the Commander-in-Chief of these United States.

Apparently, this is  the best the American public can come up with to lead itself.

So, “Apparently,” seems  to be a good word to focus on as our featured phrase of the week.  I guess apparently is not really a phrase, but it still packs a wallop– as good as any phrase we’ve had.

​ When something is apparent, it seems to be so.  If that is the case, then I would suggest that America is coming apart at the…….. seems. Apparently, we are a fragmented culture, but as we know appearances can be deceiving.

There is so much we take for granted that seems apparent and is never questioned-apparently.  We could try to see if we can untangle the appearances from the realities of our lives.

As Socrates said, “The unexamined life is not worth living.”  Apparently so